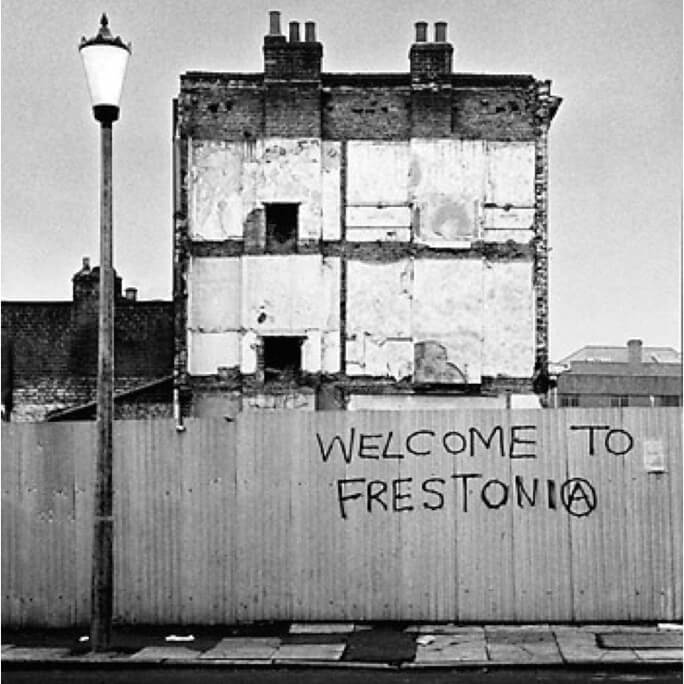 Last Sunday in London environmental activists occupied the motorway spur between Shepherd’s Bush Green and the Westway, punching holes in the hardtop and planting trees on the carriageway—a new form of protest against the hegemony of cars and trucks. How many of the protestors were aware, I wonder, that they were a stone’s throw from the site of an earlier innovation in the history of direct action, the former republic of Frestonia? 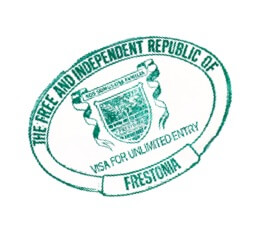 —later the Albion Free State—was a historic squat established in the early 1970s in Freston Road, which runs parallel to the Westway in West London, in the old hippie heartland around Ladbroke Grove. It was the brainchild of Nicholas Albery and Heathcote Williams, the latter being the most enduring literary or artistic figure to emerge from the high tide of English hippiedom in the 1960s and 1970s.

In the 1980s Heathcote Williams published a brace of epic poems, Whale Nation and Sacred Elephant, which made him the poet laureate of animal liberation, a Walt Whitman of whales. Back in the seventies, though, he was known as a political activist as well as a writer, a moving spirit of the squatters’ rights movement that grew out of the counter-cultural ferment in the Grove and the compulsory rehousing schemes that resulted from the construction of the Westway. It was the same spirit of protest that finds expression today in road protests and mass invasions of vacant urban land.

An Eton drop-out—his father was a judge—Heathcote Williams was the founder of the Ruff Tuff Cream Puff Estate Agency, a squatters’ information service which published bulletins listing empty buildings in London and elsewhere. In a gleeful parody of realtor-speak, the Agency (“founded by Wat Tyler 1381”) announced “freehold squats” and “salubrious dwellings for industrious artisans.” A strain of fantasy entered the specifications of some of these buildings: an empty office-block, it warned, was “rumoured to be guarded by carnivorous frogs”. A house in an adjacent street had no roof: “would suit astronomer”, ran the description. One or two of Heathcote’s more well-heeled acquaintances were surprised to find their own homes featured in these bulletins. 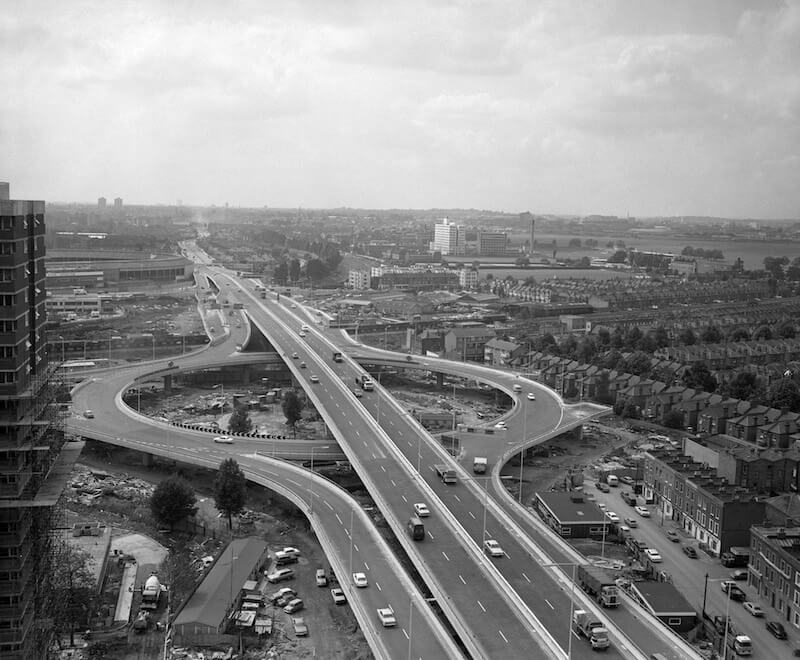 The Westway under construction in the 1970s

Fame is the first disgrace

Squat Now While Stocks Last was the Ruff Tuff slogan, spray-painted on more than one vacant property in W11. A number of Heathcote William’s koan-like short works were first published in this way, on front doors and subway walls: Power Is Love Gone Bad, said one; Fame Is The First Disgrace, said another. (Heathcote said the last phrase was a Chinese proverb. Perhaps the sentiment itself precluded him taking personal credit for it.)

Heathcote Williams was also the literary precursor of today’s road protesters. His long poem Autogeddon, written in the 1980s, is an extended diatribe against cars and the global economy of oil. It was one of a series of increasingly violent and antinomian essays he published in the alternative press of the time, leading his mentor, the writer and critic Francis Wyndham, to call him “the Savanarola of flower power”.

For Heathcote, the sixties and early seventies heralded a return to the revolutionary decades of 17th-century England, when millenarian ferment and Utopian living experiments gave poets and pamphleteers a vital role in the life of the nation. Today this old dream is showing signs of life again: high-profile squats are a feature of the urban landscape, most notably at the Guinness site in Wandsworth, occupied for the past few months by a group of activists called The Land Is Ours. These new Diggers are aiming to build a model settlement in an industrial wasteland.

The Martians are coming

Then there’s the Martian Embassy, the former office of Libyan Airlines, on the corner of Half Moon Street and Piccadilly. This is something different, though.

The Libyan Airlines office closed down when UN sanctions were imposed on Libya in the aftermath of the Lockerbie attack; since May this year the premises have been under occupation by a group called the Church of All Worlds. A publication in verse called The Martian Dictionary is advertised in the window.

Peering in a couple of days ago, I wondered for a moment if this might augur a critical rediscovery of the Martian school of poetry, a literary movement of the 1980s led by Craig Raine, that flowered briefly in the decade after Heathcote Williams took poetry to the streets of Ladbroke Grove. (The new movement was dubbed “Martian” by another poet, James Fenton, following the title of Craig Raine’s,“A Martian Sends a Postcard Home”.) The Martian movement in poetry was characterised by arresting metaphors, but it was hardly associated with direct action. And the Martians of Piccadilly, it turns out, though they are poets of a kind, are of a different persuasion. Their Martian Dictionary is a tabloid publication that presents, in doggerel—apparently in all seriousness—a prophecy of the imminent invasion of Earth by benign extra-terrestrial beings:

These lines are probably not by Craig Raine, whose poems seldom rhyme.

The name adopted by the squatters of Piccadilly, “Church of All Worlds”, is taken, it appears, from Robert Heinlein’s SF classic Stranger in a Strange Land; and the message of The Martian Dictionary seems to be half-baked science-fiction millenarianism, or low-rent scientology—that is to say, it is interesting only if you are into wacky ephemera.

For a new literature of imaginative environmental radicalism to match that of Heathcote Williams and the Republic of Frestonia, we will have to look to poets yet unknown. They are at work now, perhaps, among the diggers of Wandsworth or the tarmac tillers of the Westway. ★