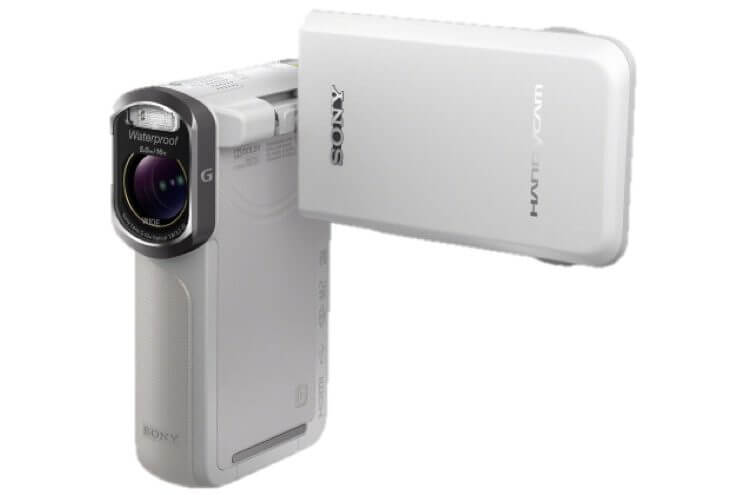 I’d be shocked, as I’m sure you would be, if the holiday video footage that one of us took of the Changing of the Guard turned out to reveal the household cavalry and onlookers in their underwear. That is apparently what the infrared night-shooting gizmo on the latest Sony Handycam can do if you point it at fully-clothed people in daylight.

A Japanese men’s magazine called Takarajima (the name of this laddish publication means “Treasure Island”), has revealed this feature of the Handycam—hitherto said to be known only to mischievous television cameramen. Takarajima reports that with the addition of a seven-dollar filter the infrared device on the camcorder appears to see part-way through clothes. And last week the Sony Corporation, professing embarrassment, issued an apology to purchasers and announced that the feature would be discontinued.

There was no complaint, though, from purchasers of the see-through Handycams. And sales haven’t suffered. The opposite: Japanese and European consumers are clamouring for the unmodified version. And Sony shares, by chance or not, have been going up all week. This could be good for the world economy (which may depend, we are led to believe, on the citizens of Japan spending more of their colossal savings). It is certainly a more humane use for night vision devices than their original purpose—finding enemy soldiers and killing them. Nevertheless, next time you see a tourist from Japan pointing a camcorder at Buckingham Palace you might want to avoid walking in front of them.

Unless, of course, you are wielding your own night-vision camcorder and grabbing candid shots of tourists in their underclothes, so that both of you end up with footage of ghostly half-naked figures holding small opaque objects and pointing them at each other.

Meanwhile, the closed circuit TV cameras round the perimeter walls of the Palace will have recorded your every move. So it will be known if, inadvertently or not, you are trying to smuggle pictures of semi-nude guardsmen out of the country. (To get round this, you would have to resort to the recently documented tactic of drug smugglers in Miami: send a package by freight with a radio microphone packed inside so you can listen in to see that customs agents are on to it, and, if necessary, abandon the consignment.) 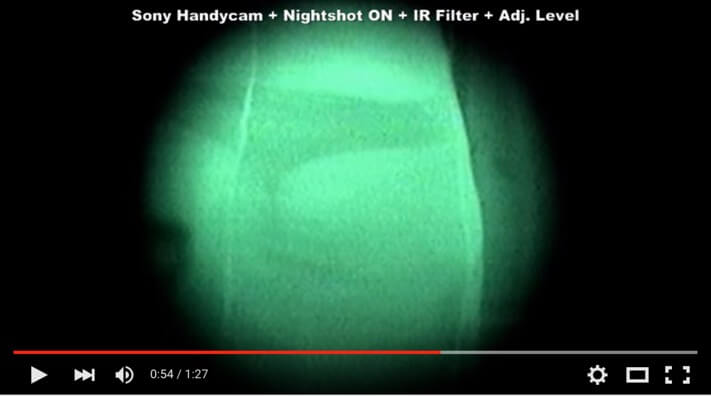 Should we laugh? Or should we be afraid?

We are becoming accustomed to the ubiquity of camcorders and other recording devices, to the idea that we may be watched and recorded in any public place. But their presence everywhere, the idea that everyone is spying on everyone else, goes to the core of moral life.

In the 1960s the English poet Thom Gunn wrote a poem, “The Corridor”, about the psychology of voyeurism. A peeping Tom at a keyhole in a hotel corridor looks up to see, reflected in a mirror at the end of the passage, someone watching him as he watches the scene through the keyhole.

“What could he do,” the poem concludes,

…but leave the keyhole, rise,
Holding those eyes as equal in his eyes,
And go, one hand held out, to meet a friend?

“The Corridor” suggests that the moment when we recognise that we have voyeuristic impulses in common may mark the beginning of intimacy—the end, in this case, of voyeurism and loneliness. It’s a poem that could have been written for lonely net-heads. Except that today the watcher in the corridor is not usually an identifiable person, it is the culture itself. Video cameras that see through clothes are a minor detail. Closed-circuit television now tracks us in the High Street. Camcorders stalk us in the Mall. Viruses lurk in cyberspace waiting to reveal our secrets to anyone with net access. All phones can be tapped; all signals intercepted. These are not one-to-one transactions. We have no way of knowing whether we are watched, or who the watchers are. It undermines trust, making intimacy harder, not easier, to find.

One solution is for us to aspire to live lives of utter transparency, without confidentiality, without secrets. This has a certain attraction. It would mean, for example, that we could enjoy newspaper revelations of the hypocrisy of the rich and powerful without ourselves feeling hypocritical (assuming we are not among them). But other people involved in our lives may not be of the same mind. And it would impose a grim constraint on everyday life if everything we ever wrote or spoke was designed for general publication, involuntary or otherwise.

So must we be sure our underwear is always in a fit state for the gaze of the infra-red Handycam? Should we embrace this world of voyeurism, of mutual surveillance, where everyone is spying on everyone else, whether they like it or not? Should we laugh? Or should we be afraid?

The surveillance society continues to expand. And the technology of video capture advances, apparently resurrecting in each generation, most recently in 2015, the threat of the consumer camera that sees through clothes.