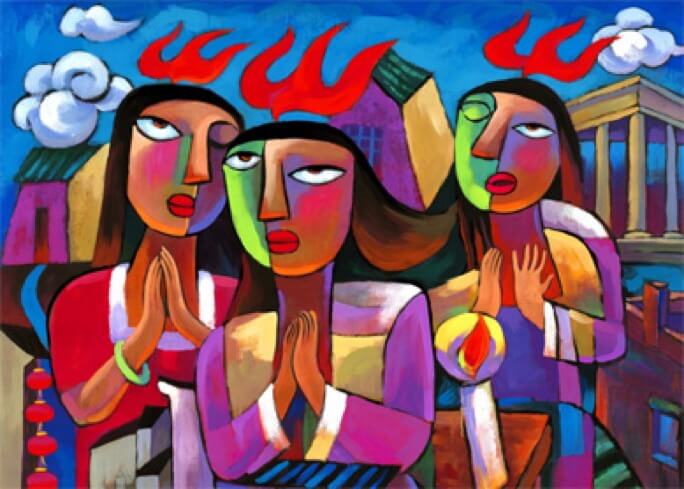 As we approach the millennium the new internet plaything—handier than hypertext, more fun than a virtual pet—is automatic translation, which now comes free with the web browser Alta Vista. Paste a sentence into a box, or type in the address of a web page, and—Caramba!—it reappears in the language of your choice. Or something like it.

In the way of the web the Alta Vista translation service, which made its debut a couple of weeks ago, has already been awarded something called the Cooler-Than-Sliced-Bread Award. Perhaps you’d like to hear that in French? Access the Translator and into French it goes—le refroidisseur que la récompense découpée en tranches de pain. Then out again the other side:

Prompt way of the Web, almost before it is in service, the translation service of Alta Vista was allotted the cooler that the reward cut out in bread sections.

Right. Let’s try an incoming e-mail. This one is from Brazil.

“Expensive John,” runs the English translation, “How excellent surprise to get you. It does not import why reason. I will be giving some plants during the carnival…”

Giving plants?  Well, that’s an idea. Another reviewer asked Alta Vista for a German translation of “How much for the monkey?”—he said it was a popular tourist phrase. The version the translation engine came up with meant “How much for the drop hammer?” As the reviewer in question commented, you might not know what a drop hammer is, but you’d be upset if, owing to a poor translation, you walked out of a monkey store in Stuttgart with one in your bag.

Me and my postillion

All right. Translation software is not perfect. What would you expect? Robots can’t dance. Not yet. Your computer does not have the gift of tongues. It has not been touched by the spirit of Pentecost—the miraculous event described in the Acts of the Apostles, when the holy spirit descended on the heads of the assembled disciples in tongues of fire and those listening all heard them in their own language (or, as translated by Alta Vista from the Spanish New Testament, “the language in which they are been born”).

And it called darkness harm

But the Alta Vista translator is a dab hand at found poetry. And the Bible is fertile ground for this. The translator can’t yet do Hebrew or Greek, but text converted from the French version of the Old Testament is a distinct improvement on some modern English translations.

“At the beginning,” it begins

God created the skies and the ground. The ground was formless and empty: there was darkness on the face of the abyss, and the spirit of God was driven above water. And God said: “Be the light…” God called the light day. And it called darkness harm.

God said: “Be the light”… And it called darkness harm. That’s quite good.

Of course found poetry is no substitute for precision and accuracy. Machine translation is not about to be used in UN treaty negotiations. But in the digital future, no doubt, when we all have computers in our earlobes, translation software will improve unrecognisably. Voice recognition programmes and speech synthesizers will reside in micro-circuitry the size of a hair. The tower of Babel will be rebuilt, taller than before, and we will speak in the tongues of angels.

And this angelic language will be a kind of virtual English, a pidgin derived from prolonged interactions with computer-generated speech, a hybrid language already beginning to form, as the Alta Vista translator struggles with human illogic. The language will be recognisably robotic. Only computer-owners will speak it fluently.

And when that time comes, when alpha meets omega, I won’t have to worry about writing this column any more. Or being around to write it. Because, with the aid of a style algorithm and a web browser and limitless online book and newspaper access, it will write itself, without any human intermediary. And be read—if it is read at all—by robots. ★

From the desert to the casbah

Paul Bowles discusses his work as a composer, writerand translator—and why he never leaves Tangier....