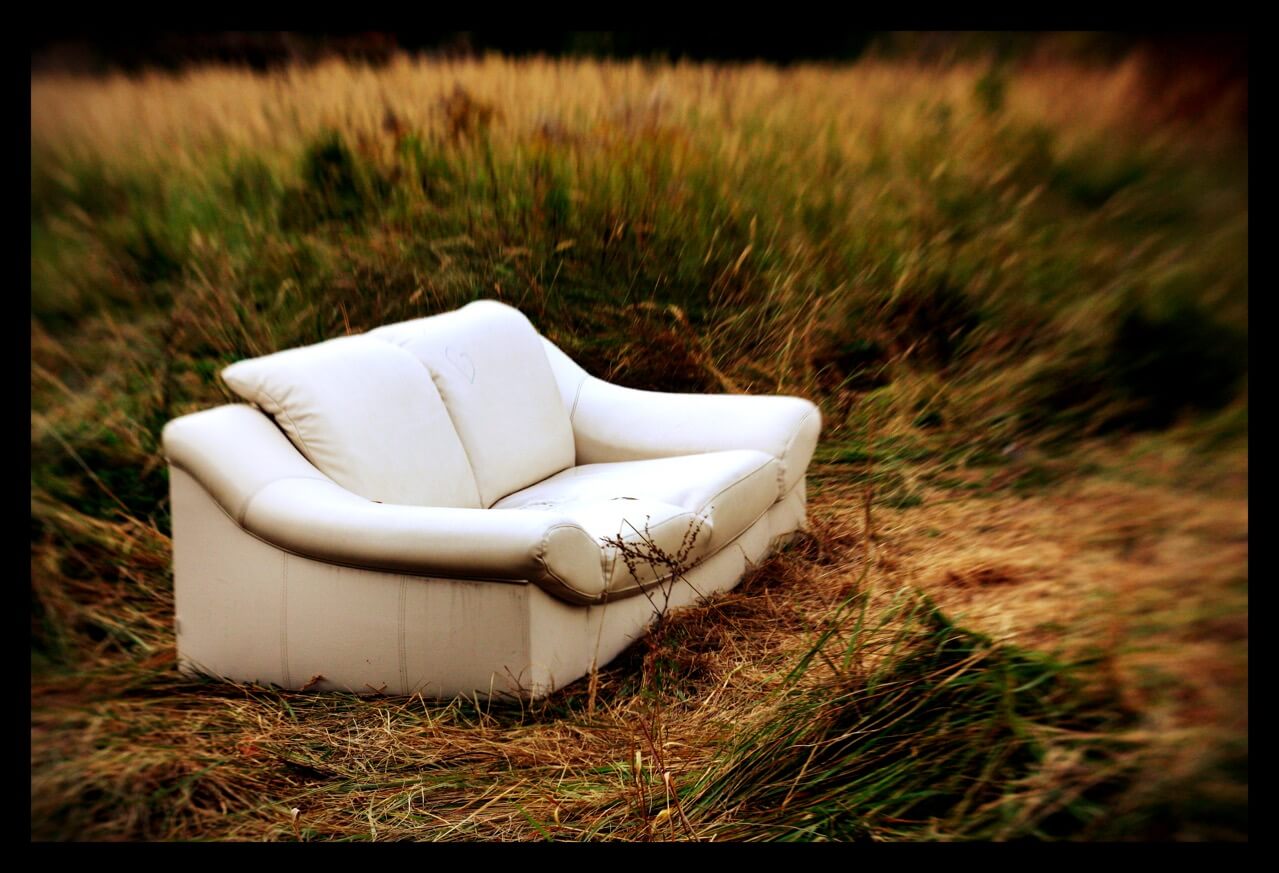 All that is solid melts into air. Or decays in some less pleasing manner. Plastic, for example, distorts and discolours over time. It melts, not into the air, but into a mass of goo. If it’s early Tupperware (circa 1960) it smells terrible as well. Foam rubber decays more swiftly still: it sags and darkens, then crumbles to sand. The only exception, among early synthetics, is Bakelite, a heat-cured material that still has its enthusiasts, but which fell into disuse because it was too brittle and expensive.

The trouble with plastic is exactly that—its plasticity. This means heartbreak for collectors of Barbie-dolls: over the years their pert features and clean-cut limbs will become discoloured and lose their shape (much like those of real people). The phenomenon is also causing concern to the curators of the Museum of Modern Art in New York, where design objects made from a wide variety of synthetic materials—space suits, typewriters and toasters—are displayed alongside works of modern art that use traditional media: paintings, lithographs and bronzes.

Much of the post-war design collection at MOMA is threatened by the unsightly entropic tendency of plastic. According to a report in the New York Times, some of the most striking pieces at the museum can no longer be displayed at all. An Eames sofa, unused, is collapsing from within. A set of nesting bowls, once the dernier cri in kitchen implement design, has decayed into a molten, toxic mess.

The pièce de resistance in the current design exhibition at MOMA is an innovative 47D0-1 helicopter, dating from 1945. This striking, minimalist design, skeletal, insect-like, with a transparent bubble enclosing the pilot and passengers, hovers over the fourth-floor escalator like a stage prop from Miss Saigon. But the helicopter’s cast acrylic dome is clouded by tiny cracks. Like the bowls and the sofa and the Tupperware, it is slowly disintegrating.

Of course traditional media have their problems too: metal oxidises, stone blackens, glass weeps, and paints and glazes darken and peel and crack. But the arts of conservation have evolved to deal with them. The new synthetic materials, by contrast, are still in the first generation of decay; their fugitive qualities are unchronicled. So curators everywhere—not just those at MOMA—are struggling to fix the ailing plastic artifacts in their collections with untested unguents and glues. The first Barbie-doll facelift cannot be far away. 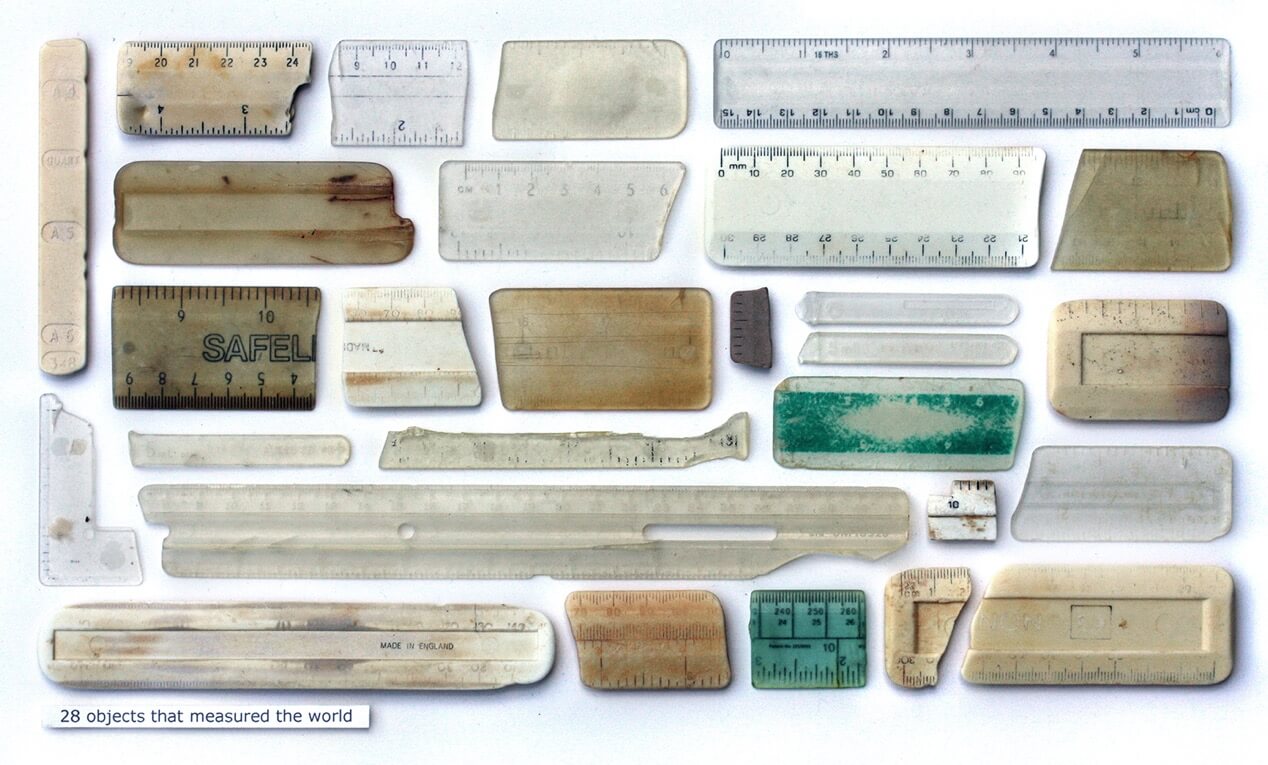 Does it matter? Most of these objects weren’t meant to last; their designers participated knowingly in the rapid obsolescence of modernity. Despite the recent development of more durable kinds of plastic, the word itself connotes provisionality. What we call plastic was not intended for use in the plastic arts. No modern Ozymandias would commission monumental sculpture made from it. If he did, nothing would remain; the desert sands hold no vast and trunkless legs of Styrofoam.

Not all designers are worried by the prospect of change and decay. Sir Terence Conran, long-time champion of the inclusion of modern industrial design in British museums, has said that distressed objects should just be allowed to “fall off the edge”. An increasing number of artists, moreover, are actively embracing impermanence, converting an art of materials into performance art, where the only fixed record of a sculptural moment is its pictorial documentation. Hence the Christos’ wrapped buildings, or Andy Goldsworthy’s ice and leaf sculptures, or Walter de Maria’s land art, all of which exist in the long term only in two dimensions, as photographs.

There is a pleasing economy to the work of these land artists: it side-steps the fetishistic impulse that haunts the museum, where aesthetic value is held to inhere in the object, and acknowledges a more complex transaction that involves the skills of the maker, the imagination of the viewer, the genius of place and the spirit of the age.

In spending their time worrying how to preserve plastic, curators are, globally-speaking, in a minority. For most of the world the problem is how to get rid of the stuff. The same week that MOMA went public with their conservation problems the chemical company Dupont announced a biodegradeable polymer called Biomax, a substitute for existing plastics which is designed to be slowly dissolved by water. Plastic bags and bottles, cups and plates and fishing lines and nets made from this new material will all rot away in a few months.

If Biomax-type materials prevail in the marketplace this will doubtless create further difficulties for museums, at least for those that locate sublimity in kitchen utensils or soda bottles. Artefacts made from these materials will have to be kept in anhydrous vitrines, where no molecule of water can penetrate. In the real world, though, there will be less landfill, less unsightly litter and less nylon twine to choke and strangle sea mammals. It may be bad news for museum curators, but it’s good news for dolphins. If I have to choose between them, I know whose side I’m on. ★