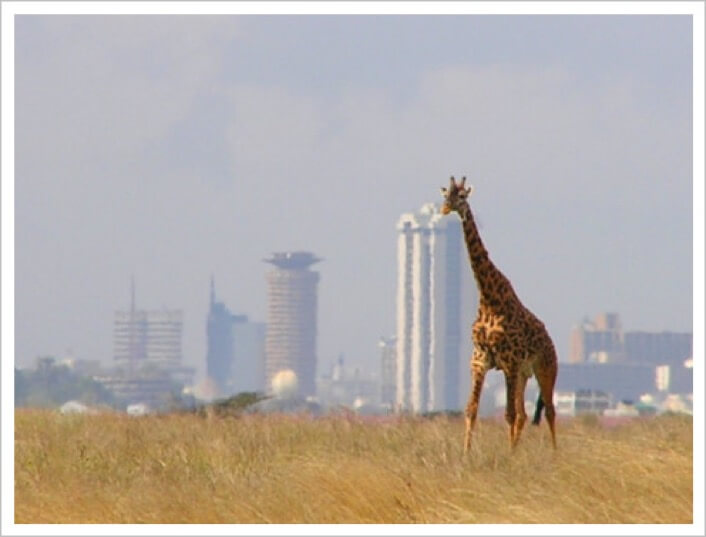 Last week I was the only guest at Kilaguni, a rambling fifty-six room thatched safari lodge in Tsavo National Park. It’s the high season for tourism in Kenya: in a normal year the park would be buzzing with jambo wagons— zebra-striped minibuses with pop-up roofs—full of tourists from the coastal fleshpots venturing upcountry to the teeming plains of Kenya’s most venerable game park. But tourism in Kenya has collapsed. All over the country park lodges, normally booked until January, are half empty or worse. On the coast hotels are closing for lack of business. The hucksters and the beach boys are starved of their European and American prey: no one is buying their wooden masks, polished elephant statuettes or beaded Maasai bracelets.

This year’s tourist season has coincided, fatally, with the run-up to Kenya’s second multi-party election, which takes place on December 29. Violence has already started. And after the murders at the Valley of the Kings in Egypt last year, tourists are taking no chances.

Tourism is not an ornament to the Kenyan economy; it is the leading industry—six per cent of domestic product. Last year there were 700,000 visitors to the country, the largest proportion of them from Britain. Tourists bring in more foreign exchange, by most calculations, than tea, coffee or cut flowers, which are Kenya’s three main exports. The sudden decline in visitors is a catastrophe for a country that has managed to maintain comparative prosperity through years when neighbouring states like Somalia, Ethiopia and Sudan have been wracked by civil war.

Though Kenya has had no civil war in its thirty-four years of independence (and only one short-lived coup attempt) it has not avoided mounting political violence.  As a recent Amnesty International report puts it “the people of Kenya have paid a high price for political continuity”. Police brutality is commonplace; there is routine harrassment of opposition politicians, journalists and human rights workers.

In 1992, under strong international pressure, President Moi, one of Africa’s great survivors, who has ruled the country since 1978, amended the constitution to allow multi-party elections. But the general election the following year saw a ruthless campaign of government-sponsored ethnic cleansing in the Rift Valley Province designed to remove potential support for opposition parties. Since then, despite some concessions to criticism from human rights groups, the pattern of repression has continued.

Most of Rift Valley Province is off the tourist track; and there was only a small dip in tourism in Kenya during the 1992 election. Tourists, it seems, can put up with a fair amount of violence and political repression in a country as long as it does not affect them directly. But this year, in August, the violence got too close. A police station in the coastal resort of Likoni was attacked; six policemen and one policewoman were killed; the members of a band that had been playing in a tourist hotel were murdered. There was a wave of further violence, aimed at driving settlers from up country back to their places of origin. Once again it seems—and certainly most Kenyans believe it—that that the ethnic cleansing was an electoral manoeuvre designed to secure the coastal constituencies for the ruling party.

You might have thought that such a manoeuvre would backfire: by affecting the economy so badly it destroys the livelihoods of potential voters. And quite apart from the direct effects of violence, many Kenyans working in the tourist industry now face unemployment because of it. But the culture of political subservience is strong in Kenya; the opposition is fragmented and cynicism about the political process is widespread. There are fifteen presidential candidates. None of them has much chance of beating President Moi, who has stayed in power while his coevals in other African countries have been toppled: Kenneth Kaunda in Zambia, Hastings Banda in Malawi, Sese Mobutu in Zaire.

To add to Kenya’s misery this Christmas, many areas have been hit by floods; the water supply in Nairobi has broken down and there is an outbreak of cholera.  Kenyans are still better off than their neighbours in most other East African countries; but it is beginning to be a close-run thing. ★