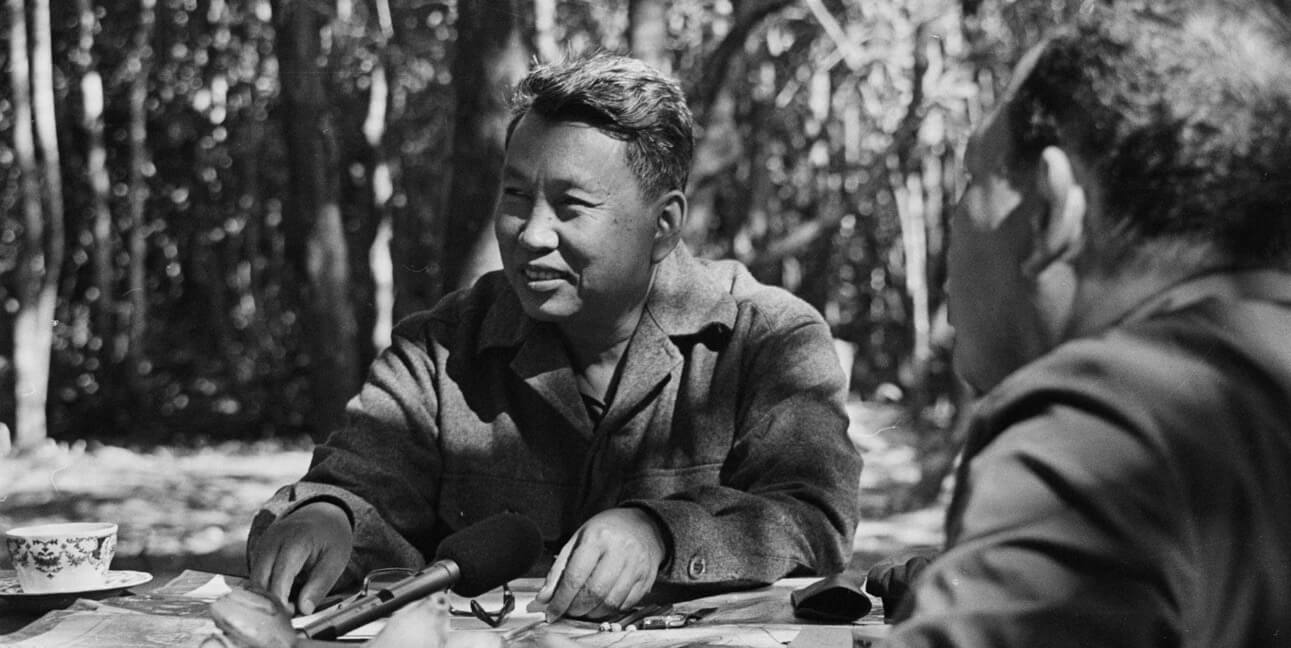 The lieutenants may be brought to justice; but not the supreme leader

The lieutenants may be brought to justice; but not the supreme leader

Even if I had captured him myself, if I’d cornered Saloth Sar—a.k.a. Pol Pot— in his hiding place in the forests of northern Cambodia and delivered him to a US army special operations team for onward passage to an international tribunal in The Hague, still I’d be surprised if he ever got to appear before the court. The history of crimes against humanity shows that none of the ultimate architects of mass killing go on trial. The supreme leader—whether it’s Hitler, Stalin, Mao, Idi Amin of Uganda or Mengistu Haile Mariam of Ethiopia—either dies in office, or goes into exile, or is murdered, or, more rarely, dies by his own hand. If such leaders face justice, it is wild justice. Those who are tried in courts are the lieutenants—those who did not get a place on the plane, or in the bunker. The supreme leader is not around to hear the verdict.

In court, the lieutenants deny knowledge of everything, or say that they were just following orders, or that they were instruments of revolutionary logic, or that the court is made up of their enemies and that it represents—as Goering said at the Nuremberg tribunal—the justice of the victors. In most cases, they are condemned notwithstanding. This is what happened at Nuremberg. It is happening with the trial of the Derg, the former rulers of Ethiopia. And it looks set to happen with the tribunals for Rwanda and former Yugoslavia (though the latter may prove to be an exception).

In the case of Cambodia neither Pol Pot nor any of his lieutenants is likely to face trial. Many former Khmer Rouge cadres are office-holders in the present Cambodian government. It is hard to see them giving their old leader his day in court. They are too compromised themselves. Would they be willing to hear evidence of their own complicity in the killings? What exempts them from indictment alongside their former leader? If Khieu Samphan—now the titular head of the Khmer Rouge and said to be holding Pol Pot hostage—were to hand his former leader over to the government this could only be as part of a deal whereby Khieu Samphan himself got immunity from prosecution.

Pol Pot has, in fact, been tried already. In 1979 he and his foreign minister, Ieng Sary, were condemned to death in absentia by the government that ousted them.  Last year, though, Ieng Sary was pardoned and allied himself with the current government. A week ago he told journalists that if the people of Cambodia wanted Pol Pot to be brought before a court, the trial should not be an international affair but should be held in Cambodia without foreign involvement. He is reported to have added, ominously, of his former mentor, “It is possible that he will mysteriously disappear.”

Maybe he already has. Pol Pot has been reported dead more than once. He has not been photographed for almost a decade. Last week a hoax wire report had him turning up in Sweden and demanding political asylum. There were pictures; but since no one outside north-western Cambodia knows what he looks like now, no one could be sure initially whether it was him or not. (It wasn’t.)

Trials are long and life is short; Pol Pot is old and ill. Cambodia, which seems to be on the brink of renewed civil war, is as ill-equipped to try its former dictator as it was last time round. It is worse off than Ethiopia, another impoverished country with a history of mass killing. In Ethiopia there has at least been a concerted attempt to bring the perpetrators to justice. But the trial of the Derg, the political-military cabal that ruled Ethiopia for seventeen years, has been going on for almost three years now without a verdict. And the Chairman of the Derg, Mengistu Haile Mariam, has been given asylum in Zimbabwe. There is, it seems, little serious pressure to extradite him.

When I interviewed Mengistu’s second-in-command in the World’s End prison in Addis Ababa, shortly after he went on trial with his colleagues I asked him what he thought of Mengistu.

“Mengistu betrayed us,” he said. “When he lost, he should have killed himself.  Instead he ran away.”

The second-in-command had nothing to say about the hundred thousand Ethiopians who lost their lives under the Derg, he could only berate the lack of military virtue on Mengistu’s part.

Old military virtues are out of fashion everywhere. Like Mengistu, Pol Pot is unlikely to fall on his sword. And his current second-in-command, Son Sen, won’t get a chance to criticise him. Two weeks ago Son Sen was shot and killed, on Pol Pot’s orders, along with his wife. His children were then crushed to death by a truck. And then came the rumour that Pol Pot himself had been imprisoned by Khieu Samphan. Life among the revolutionary elites in Cambodia is like a seventeenth-century revenge tragedy. Pol Pot, having sent so many to their deaths, having ruined so very many lives, surely cannot, in the end, himself escape some form of wild justice.

None of this is an argument against pursuing mass-murderers and attempting to bring them to trial. It would be an excellent thing if Pol Pot was tried; it is just very unlikely. Something else will happen, something that may explain the veiled hint—or is it a threat?—recently made by Ieng Sary. And fulfil the verdict history has already passed on both of them. ★ 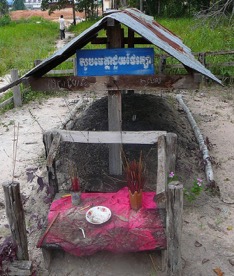 Pol Pot—Saloth Sar—survived another eighteen months. In 1998 he was detained by a group of his former lieutenants and executed. His body was cremated. In June 2001 it was reported that villagers living in the mountains where he spent his last days believed that his ghost was protecting them. Many of them credited Pol Pot with healing their illnesses or giving them winning lottery numbers; some made offerings at his grave (left).