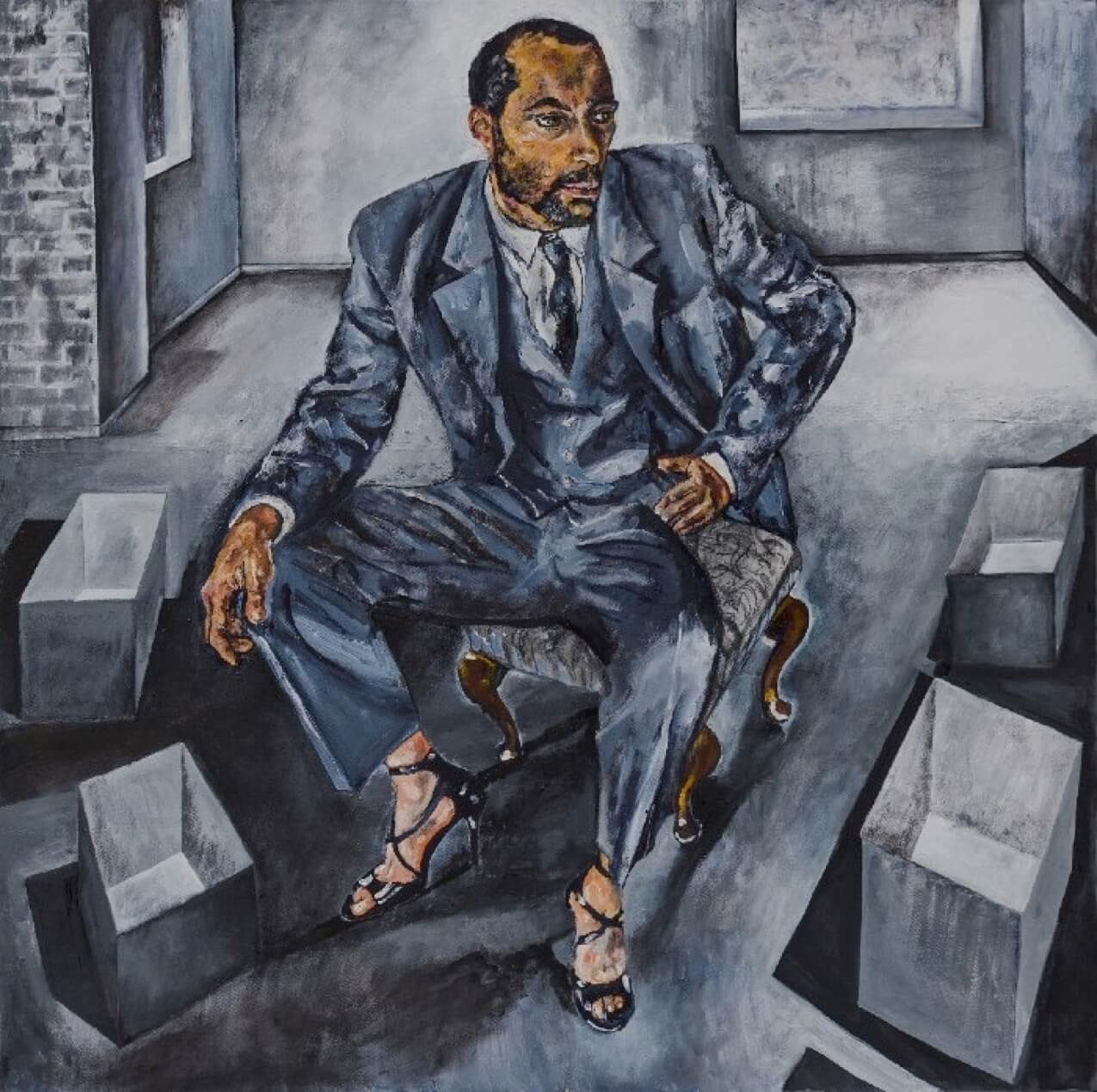 After the Funeral by Colin Spencer

The fascination of other people’s letters and diaries lies, to a significant extent, in the fact that what seems most private in us is often what we have most in common. This can also be one of the discoveries of love. Love letters, therefore, are over-determined in their revelatory banality. The intimacies of others may be embarrassing, but they can never be entirely uninteresting. They put us in mind of our own secret memories; we measure our experience against 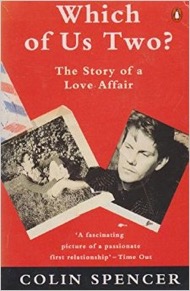 theirs. (And if the sentiments ring true, we may borrow their words to articulate our own experience.)

The fact that such letters have a stated target audience of just one person ensures a frisson for the reader of the correspondence, whether published or purloined. We are spies in the house of love, strangers at the feast. Yet the possibility of other readers is already contained in any act of putting pen to paper. Scripta manent. The writing-desk is haunted by ghosts of the living, and the dead.

Rephrased, read over or scrumpled into a despairing ball of paper, letters, by their nature, are a reflective business. At the time of composition the loving self and the writing self divide. They interrogate each other, then recombine at the moment of signature. Love letters are, of their essence, about absence, the absence of the loved one; here the author’s selves and imagined selves multiply to fill the page. Some love letters seem positively to solicit the attention of third parties. Extremity of feeling seeks not only consummation, but also witness. The contradictory impulse of love, both to hoard and broadcast itself, finds its resolution here.

In Which of Us Two? Colin Spencer, known now as a food writer and as an artist, is author, editor and commentator—all three simultaneously—presenting his own thirty-year-old love letters and those of his then lover, now deceased, with a linking narrative of their affair. The story, by his own account, is one of love destroyed—abandoned, thrown away. The book is a monument to this loss, to a shared life that did not come about, rather than a memorial to the loved one. The latter has, significantly, no credit on the cover or the title page.

Spencer’s letters to and from John Tasker, an Australian with whom he was involved between 1957 and 1959, when they were both in their mid-twenties, are not, as love letters go, especially interesting. There are routine endearments, doubts, quarrels, expressions of physical desire and gossip about the arts world, where both were trying to make careers. We read on, most likely, not to discover what happened (they split up: Tasker went to Australia and became a theatre director; Spencer got married and continued as a painter and writer) but to see where their experience resonates with ours.

“They are gay love letters,” writes Spencer in his preface, “and should therefore tell us something about gay love.” (The term, he notes, was just beginning to be current in the 1950s.) “Yet ultimately,” he concludes, “they seem to me to be simply love letters.”

Drawings by Colin Spencer of John Betjeman and John Osborne

A striking aspect of the letters is the way they walk around this distinction, freely deploying the established language of passion for their special purposes. In general, it may be hazarded, the more loving lovers get, the less difference lack of gender difference makes. It is during the falling in and out of love that the special complications of homosexuality are liable to make themselves felt. These complications are, at one level, to do with other people, and their disapproval of the whole business. Spencer and Tasker, who were carrying on with each other at a time when, in Britain, consenting adults could still be sent to jail for this, seem to have surmounted these complications with some élan.

Assuming the letters are published verbatim, unedited, they are strikingly fearless, untouched by self-pity or remorse on either side, neither mawkish nor camp. This poise did not desert them when they split up (or rather when Spencer left Tasker). Both of them had, it may be noted, the advantage of having lived or travelled in European countries where a more realistic view of the broad spectrum of sexual desire and practice prevailed; in Spencer’s case he seems, in addition, to have possessed a full measure of the arrogance of youth and relative good looks, attributes which make it possible to get away with murder, or with lesser felonies.

A degree of vanity has remained: he includes in the book, for instance, a nude photograph of himself taken by a smitten vicar called Billy, one of a number of clerical admirers he collected before he fell in with Tasker—and fell in love with him. Next to it there is a picture of him in Venice, clothed, riding with the Reverend Billy in a gondola. The caption runs: “I see I have my spoilt-brat face on.” His sang-froid is something to behold. He describes flaunting his lovers in front of his staunchly Masonic father (a hypocritical philanderer, he says), the pleasure he took in seducing priests, and the alacrity with which he lied to his lover about his infidelities with both men and women.

“The reader may be bewildered,” he writes, “by the fact that there were girls, lads, men and clergymen mixed up in my life.”

Not this reader, really. What is more striking, I’d say, is that Spencer, young as he was, seems not to have been bewildered by it himself. This is love without a map. Spencer and Tasker, men of the same age and station acting on erotic impulse, needing to decide whether their mutual attraction can sustain a future. Such love between men may be a step on the road to self-love (Spencer notes that young lovers of the same sex can have the air of twins); or it may be a step on the road to the love of women; or it can be the road of love itself. For Spencer, who, by his account, has flip-flopped between women and men all his life, the point of this book is to discover why he walked out on the relationship.

By his own account, he was in love with Tasker and Tasker with him, so it may be reasonable to assume that his withdrawal from the relationship had something to do with the limitations on love between men. This may have been an inherent limitation—absence of offspring—or a contingent one—forcible casting as a homosexual in society’s sexual psychodrama. For Tasker, who was sterile, Spencer tells us, due to testicular cancer, the first aspect may have loomed less large. For Spencer, later, getting married seems to have been, ironically, an act of rebellion—against childlessness and artificial sexual categorisation. Today there are other ways round these constraints on same-sex relationships, but in the 1950s they were not so easy to find.

Which of us two? is presented as a testament of love, a celebration of sexual freedom, but the letters here seem to have more to say about love’s limitations. Confronted by them, their surviving author professes himself bemused. Why, he wonders, did their other author arrange so carefully for them to be returned to him after his death?

“For all these years,” he writes, “the whisper of John was at my back.”

But in John Tasker’s life, one may hazard a guess, Colin Spencer may have been more than a whisper. Does Spencer now stop to wonder—if he does, he does not say—how many times in the intervening years these letters of his were taken out and reread by their original addressee?

A footnote for literary historians. While pursuing his affair with John Tasker, Colin Spencer was commissioned to draw sketches of a number of writers for the Times Literary Supplement: there are drawings and descriptions of meetings with Forster, Auden, L.P. Hartley and a number of other authors. (Was Spencer, the former vicar-lover, sent partly to tickle the old gents’ fancies?) While he was drawing L. P. Hartley, Spencer writes, the ageing author’s gaze wandered continually between his visitor and a portrait of a Venetian gondolier, the great lost love of Hartley’s life. After this visit, Spencer tells us, he began to receive letters from Hartley three times a week. Can he be exaggerating? Did he reply to them? Letters from and to the lovelorn author of The Go-Between could be of wider interest. ★