The Labour party should recollect its roots in sexual politics 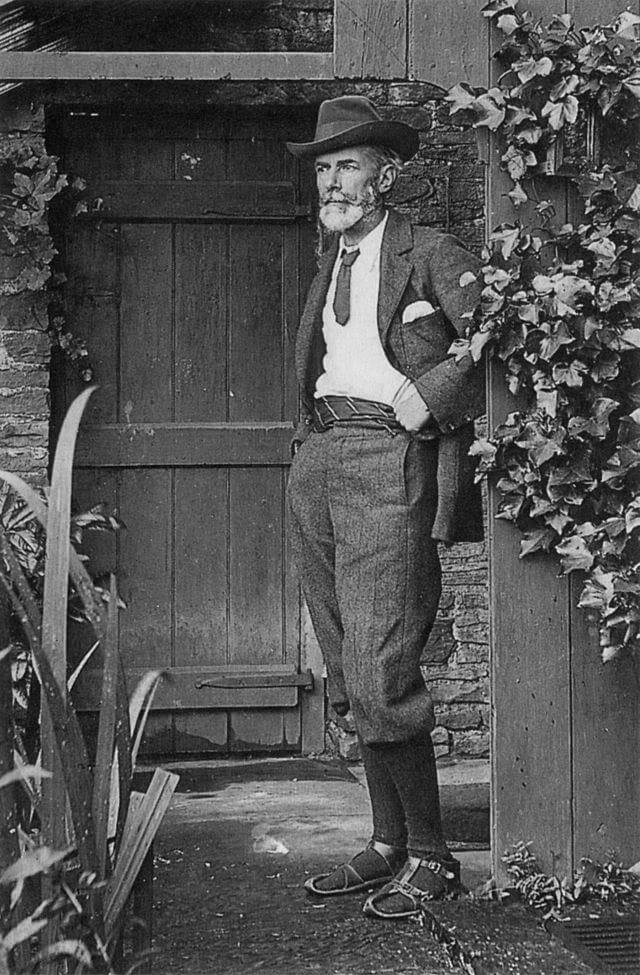 Gay-baiting political reporters at the Sun newspaper will have to dig harder to uncover the true roots of homosexual influence in the Labour party. This is because the party itself has largely forgotten them.

Try asking any Labour MP these questions: which gay socialist’s birthday was marked by an official greeting from the entire membership of a Labour cabinet? And who was it that inspired the following declaration from a straight Labour peer?

I remember him vividly. His head and features were of extraordinary beauty, his face a chiselled statue, clear-cut and of perfect outline, his eye bright and kindly, there was refinement in his every movement and in the tone of his voice. One admired him and loved him at once.

Could this be Lord Bragg on Peter Mandelson? Or Lord Putnam on Chris Smith? Try again.

The answer is Fenner Brockway, in 1929, describing the arrival at a socialist youth meeting two decades previously of Edward Carpenter, the gay godfather of the British Left. And it was the cabinet ministers in Ramsay Macdonald’s short-lived Labour government of 1924 who sent a congratulatory greeting to Carpenter on his eightieth birthday that year.

Fenner Brockway’s adulatory tone was not unusual. Carpenter, as I have written elsewhere, was a charismatic public speaker, a former Cambridge don, author of

several best-selling and much translated works of radical social theory. In the early years of the century he electrified audiences across the country with his talks on the inequities of Victorian and Edwardian society. Carpenter’s millenial vision, I wrote, which inspired the founders of the Independent Labour Party, envisaged a world where men and women would be bound together, not by work or commodity relations, but by the force of love. True democracy, he suggested, required a change not just in the class structure but in the mode of production of the human heart.

Gay people owe a lot to Carpenter. Not only did he advance thinking on the meaning of sexual variation, but he also set a forthright personal example at a time when life for sexual non-conformists in the British Isles was fraught with danger. The most remarkable feature of his life was that for most it, defying social convention, he lived openly in a homosexual ménage in Millthorpe, near Sheffield, with his lover, George Merrill.

In Millthorpe, at a time when the “impure hush” of the Victorian era, as Carpenter termed it, almost precluded discussion of the subject, he wrote a succession of books advocating the recognition and acceptance of those he called “Uranians” (a term derived from the writings of the German lawyer Karl Heinrich Ulrichs). It was a visit to the house where Carpenter and Merrill lived at Millthorpe that inspired E.M.Forster to write his same-sex romance, Maurice.

Carpenter’s idea that homosexual desire might represent a stable psychological variation rather than a recurrent vice—an idea that still seems to be news to the Sun newspaper—was radical and dangerous when he first began to publish it in lectures and pamphlets in the 1890s. This was the during the aftermath of the Oscar Wilde trial, perhaps the most inauspicious moment in the history of sexual diversity in Britain. Despite this Carpenter embraced the new dispensation publicly, both in his writing and in his life, taking the love-that-dared-not-speak-its-name out of the legal and medical realm and transplanting it into the language of ethics and theology.

It was not simply a plea for tolerance, of the kind that was later to become routine in liberal social thinking. Carpenter had a deep, quasi-visionary interest in the anthropology of the homoerotic impulse, in its perpetual recurrence. His most innovative work, Intermediate Types Among Primitive Folk, explores the ethnography and prehistory of sexual variation, especially in military organizations and the priesthood. Though aspects of this work have been superseded in the explosion of academic gay studies over the last couple of decades, there is still rich and salutary information in Carpenter’s writing. It should be required reading for the homophobic generals and bishops who have been making headlines recently—in the Sun and elsewhere—those who imagine that same-sex sexual liaisons in their ranks are something new or unusual.

Though Carpenter was fêted by Labour pioneers his advanced ideas did not square with the image the Party had of itself in the post-war era. George Orwell, for instance, seems to have had Carpenter in mind when he condemned the presence in the Party of the “fruit-juice drinker, nudist, sandal wearer and sex maniac”. For decades Carpenter was neglected on the Left until, in the 1970s, feminism and gay liberation led to a small-scale revival of his reputation.

But he would not have been happy with the present state of things, either in the Labour Party or in society at large. Orwell’s sneering comments about radicals like Carpenter were very wide of the mark; Carpenter was no libertine. He abhorred materialism. He would have condemned in equal measure the Sun’s gay-baiting and the commercialism and satyromania that dominate contemporary sexual culture, gay and straight. And he would, likewise, have disdained the new Labour party’s easy embrace of free-market capitalism. He would have applauded, however, our openness to a wider range of human relationships.

“Perhaps,” he wrote ninety years ago, “it will only be for a society more fully grown than ours to understand the wealth and variety of affectional possibilities it has within itself.”

Now that the Sun has discovered sexual politics, that sentence of Carpenter’s might be the editor’s next Thought for the Day. ★

My late friend Richard Webster (1950-2011), the author and social critic, suggested in a letter that I had done George Orwell an injustice. The comments I quoted regarding the “fruit-juice drinker, nudist, sandal wearer and sex maniac”, he argued, were not meant to refer to the likes of Carpenter.

I am not so sure, though. The full quote is as follows:

One sometimes gets the impression that the mere words “Socialism” and “Communism” draw towards them with magnetic force every fruit-juice drinker, nudist, sandal-wearer, sex-maniac, Quaker, “Nature Cure” quack, pacifist, and feminist in England. One day this summer I was riding through Letchworth when the bus stopped and two dreadful-looking old men got onto it…. They were dressed in pistachio-coloured shirts and khaki shorts into which their huge bottoms were crammed so tightly that you could study every dimple. Their appearance caused a mild stir of horror on top of the bus. The man next to me…glanced at me, at them, and back again at me and murmured “Socialists”.

In Edward Carpenter: A life of liberty and love, Sheila Rowbothan records another example of Orwell’s views on the subject: “in a letter to the working-class intellectual, Jack Common, Orwell took a stance of ‘proletarian’ manliness and signalled [sic] out Carpenter’s influence on middle-class socialists, ‘the sort of eunuch type with a vegetarian smell, who go about spreading sweetness and light…readers of Edward Carpenter or some other pious sodomite’

For more on the private life of the Labour party, see “Fast food, Gay Sex and the Tearoom Trade”. For more on Edward Carpenter see “A Uranian among Edwardians”.