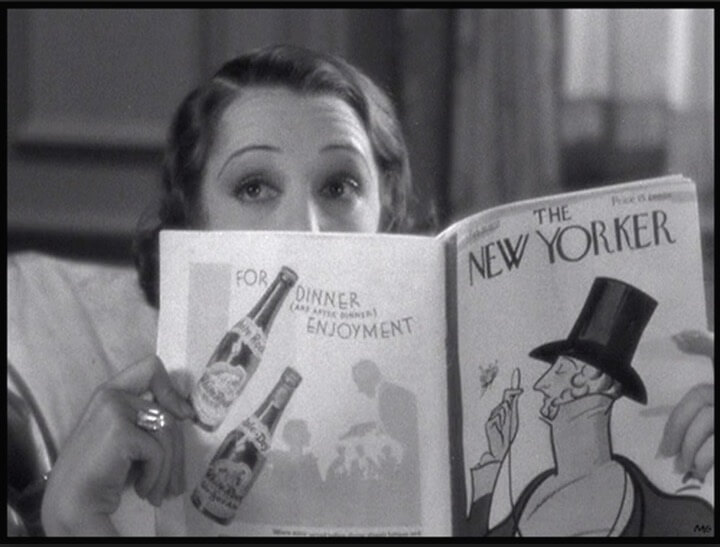 Anyone who has been the subject of a news story—or witness to an event that made the news—knows that inaccuracy and selective description, telescoping of incidents, conflation of quotes, confusion of issues and other misrepresentations are all too commonplace in newspaper reportage, at least here in Britain. Journalists know this too. They chafe at their conditions of production, wishing they had more time to research and write their articles, yearning—if they are scrupulous—for someone to help them check details and confirm quotes more scrupulously. Then they shrug and file their copy, imperfect as it is, as the deadline arrives.

Deadlines concentrate the mind, but they can also deaden the professional conscience. Against this can be set the remarkable fact that newspapers appear in print and, increasingly, online, each day, in a systematic way, with cogent accounts of events that took place sometimes only hours before. There has to be a price for this diurnal miracle.

They order these things differently in the United States, where journalists have a more high-minded view of their profession, a view that can border on self-importance. An American journalist is more likely to be a graduate of a university department of journalism, and to have attended seminars on journalistic ethics, to be, in fact, more professional. A few years ago the Pulitzer prize was withdrawn from a Washington Post reporter who was shown to have based a story on an invented character. Such a case is less likely to have been investigated so closely in Britain.

That’s at the high end. Of course there’s a more inventive—that is to say inaccurate and disreputable—side to US journalism, papers such as the National Enquirer and its clones, the Star and others, the kind that are sold at supermarket checkouts. Tellingly, the Florida-based Enquirer is said to be staffed disproportionately by British and Australian journalists. (On a US paper—though maybe not on the Enquirer—that phrase “disproportionately” would be questioned and checked, and “said to be” would be unlikely to pass muster at all.…)

All this doesn’t necessarily mean that US journalism is better or more accurate than British journalism. But there is a more explicit concern with a certain kind of veracity. One of the differences between the two is the existence—in American magazines—of fact-checking departments. Perhaps the best-known of these is at the New Yorker. Editors have come and gone recently at the New Yorker, articles have shrunk, stylish writing has given way, some say, to flash, but the fact-checking department remains the cynosure of accuracy. If the New Yorker says the wall is yellow, yellow is what the wall is. The magazine publishes corrections once in a blue moon (and if it says the moon is blue, blue is what the moon is, too). Writing for the New Yorker means never having to say you’re sorry. And this is thanks to the fact-checking department.

Fact-checkers are on your side

At this point you may be expecting a doubt, a cavil, an “almost”, an “until now”, a “however”; but there isn’t any, not from me. Fact-checkers are mocked from time to time, particularly by British journalists writing for American publications and unused to a fine tooth-comb being run through their prose. I’ve done it myself, citing the hour I spent on the phone discussing the colour of the sandstone reliefs at Angkor Wat: how I had described them as pink, but the fact-checker, citing André Malraux, said purple; how we agreed, finally, that it depended on the time of day. (And how after much further discussion the entire sentence was cut.) But I feel guilty making light of such deliberations. The fact is that the same fact-checker saved me from significant errors.

Fact-checkers have been accused—usually by piqued authors—of pedantry, literal-mindedness and insensitivity to the nuances of language. In Jay McInerney’s Bright Lights, Big City, his roman à clef about the New Yorker published a decade ago (a fact-checker, noting that the book was published in 1984, might correct that to eleven years), fact-checkers are lampooned as sad, disappointed anal-obsessives. The protagonist of Bright Lights is himself a fact-checker, as was McInerney in real life. In the novel, after his dismissal for letting half-a-dozen errors through on an article about France, the protagonist loses his grip on reality. McInerney seems to be suggesting that there is something to be said for the game of truth that a conscientious fact-checker plays.

More recently, in the preface to his collection of essays, Letters from London (published earlier this year and dedicated, as it happens, to Jay McInerney and his wife), Julian Barnes pays tribute to the New Yorker fact-checkers in these terms:

The operatives are young, unsleeping, scrupulously polite and astoundingly pertinaceous. They bug you to hell and then they save your ass.

Barnes, like the rest of us, still cannot resist a dig at his benefactors. “They are also suspicious of generalization and rhetorical exaggeration,” he adds, “and would prefer that last sentence to read: ‘They bug you a quarter of the way to hell and on 17.34 per cent of occasions save your ass.’ ”

Why this joky unease? Fact-checkers bring forensic attention to the prose in front of them. Their regard is objective and cool. By contrast, many writers—even non-fiction writers—are traffickers in ambiguity, creating plausibility by an effort of style, cleaving sometimes to genres such as travel narrative or memoir that have an ambiguous relation to fact built in to them. But fact-checkers don’t care about your style. They are no respecters of genre. (I was only half surprised to be told by Craig Raine that they fact-checked a poem of his when it was published in the New Yorker. He did, after all, call it History: The Home Movie, so its relation to factual accuracy was—perhaps deliberately—unclear. That’s the sort of thing fact-checkers hate.)

If you are a writer, fact-checkers can make you feel like a hack, like a slacker, like a bent copper. You have to remind yourself that they are on your side; that they are not prosecuting counsel, but lawyers rehearsing you for the public hearing. Unlike lawyers, they don’t get their day in court. But they deserve thanks, from readers and from writers. Along with editors and proof-readers, fact-checkers are the unsung heroes of the printed word. ★

The Guardian, like other British papers, has no fact-checkers. Writers and editors are left to fulfil this function between them. And of course there had to be an error in this column, though it was only the omission of a single word. The original version of the piece cited Craig Raine’s poem as History: The Movie. Its correct title, restored in the version above, is History: The Home Movie.  (See also “An apology to readers”, November 1996.)