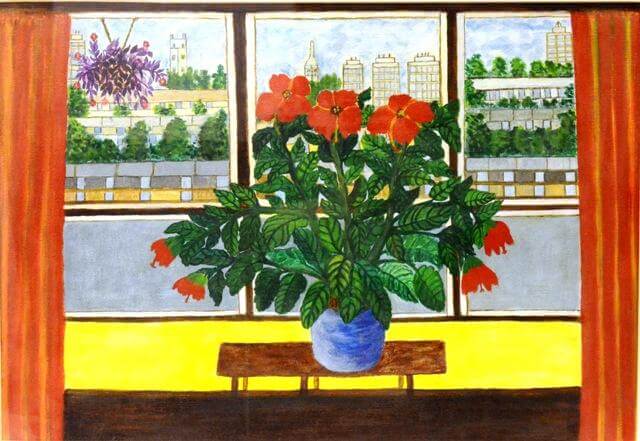 I was stepping out of my front door on my way to work in London a few weeks back when a black guy staggered round the corner, blood running out of his hair, pursued by a white guy with a hammer, screaming at him to pay the fucking money.

I stepped back into my house, ushered the injured man inside and locked the door. Then I sat him on a chair and cleaned the blood off his face, hoping none of it would end up on my new Italian suit. He had a half-inch wound just below the hair-line. Said his name was Mr Fullerton.

“Fucker hit me with a hammer, man,” he said.

I gave Mr Fullerton the phone to call the police. By then the hammer man had vanished. The police took a statement and summoned an ambulance. I said I had to leave. I was late for work.

Then Mr Fullerton turned to me and smiled and said:  “You been good, man. You been sweet.”

That word sweet stayed with me all day.

Jamaicans use it like that—or they used to. In the autobiography of Lord Caradon, the last British Governor of Jamaica, there’s an account of the Queen’s visit there in 1953, a visit she repeated on her tour of the Caribbean in 1994. Lord Caradon (the late brother of the former leader of the Labour Party, Michael Foot, and father of the journalist Paul Foot) describes the royal progress across the island, parish by parish.

“I suppose that word is more commonly used in Jamaica than I had realised,” continues Lord Caradon:

Certainly that was the word that came immediately to thousands of country and townspeople as they caught the unforgettable sight of the Queen and the Duke smiling their pleasure at the Jamaica welcome. Whenever I remember the Royal visit to Jamaica that cry will come back to me, “Sweet Queen. Sweet Lady.” What a lovely Jamaican phrase!

Mr Fullerton, despite his state of shock, paid me the same compliment his countrymen had paid the Queen back then. I thought that was handsome of him. Sweet, in fact.

In Jamaica, the word springs from the soil. But the history of slavery gives it a bitterness too. The country exists because of sugar. Sugar for the sweet tea that energised workers in Britain in the factories of the industrial revolution; sugar for the slaves who worked the cane plantations. In Jamaica molasses and sugar syrup haunt every marinade, every sauce. Jamaican beer has an extra high sugar content—it’s as toothsome as lemonade. The quintessence of Jamaican sweetness—peak sucrose—is found in egg-nog, glutinous and ubiquitous, sugar and eggs and rum combined into a thick custard cocktail.

A year or two ago I toured the island with my friend Wesley Kerr. Wesley’s ancestors are from Clarendon, from a village called Guava Ground, near Lluidas Vale, a cane-growing area in the heart of the island. There, in the middle of a green plain, where steep islands of rock and forest leap from a sea of cane, stands the Lluidas Vale sugar factory, flanked by silver vats of molasses, towers of sweetness shining in the sun. Here, as I wrote in an account of our trip, Wesley’s forefathers laboured as slaves until the early nineteenth century, while mine in England were drinking tea—sweetened, as likely as not, with sugar from Lluidas Vale.

At the sugar factory, I wrote,

we watched as a huge magnet swung over a river of cut cane, plucking out stray metal objects—axes and cutlasses–before the conveyor belt entered the crusher. Cane harvesting is evil work. A missed stroke of a machete from a weary arm or a splinter from the cane stalk can cut you to the bone. But Lluidas Vale looked like paradise that day: afternoon light pencilling through the banana groves, gilding the sticky sugar dust on our skins–muddy, voluptuous, the colour of blood-oranges, of egg-nog, a light that Albert Huie, a Jamaican landscape painter, has called “sulphur light”.

On the lip of the saxophone

The sweetness of that afternoon in Luidas Vale returned to me in Notting Hill as I considered Mr Fullerton and the wound on his head. Jamaica’s reputation for violence is well deserved. The gun courts in the capital, Kingston, are notorious. Wesley’s brother Eyton George, a policeman, had narrowly escaped death shortly before our arrival. He was ambushed in his car and kidnapped on the way from Kingston to Luidas Vale by Natty Morgan, a gangster and multiple murderer who was then Jamaica’s most wanted man. A few months later Morgan was shot down in a battle with police in Kingston. George was lucky to have survived.

In the case of Mr Fullerton, back in London, the reason he was being pursued by a man with a hammer outside my front door I was unable to discover. Yardies? Drugs? Women? Had he really never laid eyes on his assailant before? There must surely have been some dodgy business involved. Yet, that evening, as I cleaned the bloodstains off my kitchen floor, all that remained in my mind was that word sweet, with its air of balm.

In London this summer, most evenings, there’s been a Jamaican saxophonist busking on the Hungerford Bridge, on the pedestrian walkway where concert goers cross the Thames to the Royal Festival Hall. The light from the river there is tropical. It glints on the lip of the sax. Time stops for a moment. It’s a sound so sweet you want to bottle it for winter. ★